These are some of the most common Scottish names in Macon County. There are many more. If you have Scottish ancestry, we invite you to join us in the Downtown parade Friday, June 17th at 5:15pm at the Franklin City Hall parking lot.  The parade will start there at 6:00pm and proceed to the Ceilidh (pronounced Kaylee which is a Scottish – Gaelic term for a traditional social gathering or party) behind Rathskeller Coffee Haus and Pub on Stewart Street.  The Ceilidh will feature live music from Rainbows End and many more musicians in a Celtic jam.  Also, we will have a second parade the next morning at the Festival which will be held at the Macon County Fairgrounds.

We are also looking for families to sponsor their clan in the Clan Village at the festival. Many families here in Macon County share roots with other local families that descended from the same clan. Many of these clans emigrated here after the Battle of Culloden. The mountains here reminded them of the Scottish Highlands.

Each year we choose a clan to honor at the festival. This year we are honoring Clan Gunn. Some of the recent honored clans were Ramsey, Crawford, Grant, and McLaren. 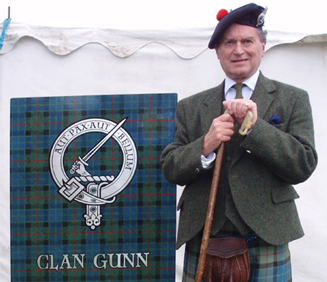 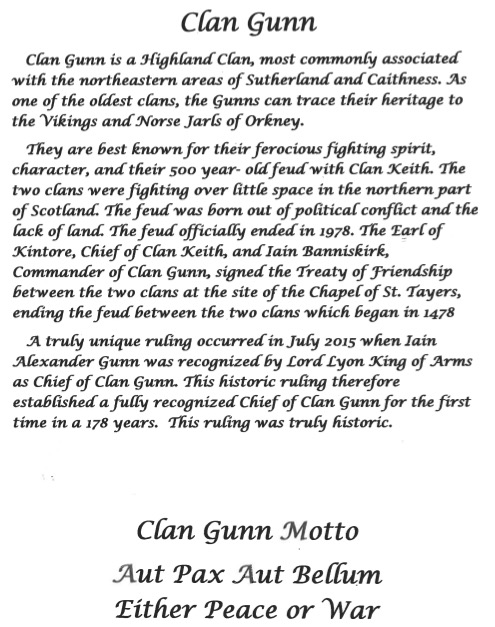 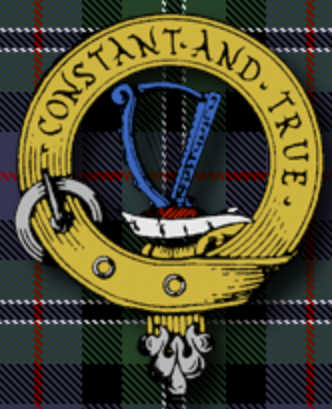